John Meacham’s story on the relationship of Franklin Roosevelt and Winston Churchill is an engaging one around two leaders testing the limits on leadership, friendship, politics, and foreign policy. I’m half way through the book and the dog ears on the number of pages to go back and privately journal are getting up there — I’ve thoroughly enjoyed it for many reasons but mainly due to how Meacham breaks down the layers of relationship between two of the world’s most powerful men at the time. 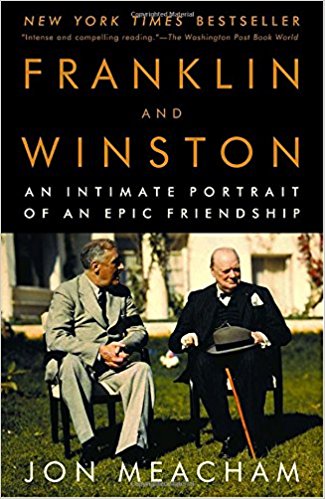 In the introduction, Meacham starts with arguably the highest level of connection: a shared external truth or mission.

“Quoting Ralph Waldo Emerson in a essay on friendship and love, C.S. Lewis noted that Emerson observed, Do you see the same truth? actually means “Or at least,” Lewis wrote, ” ‘Do you care about the same truth?’ ” Though they had their differences — Churchill wanted the British empire to survive and thrive; Roosevelt largely favored self-determination for colonial peoples around the world — they cared passionately about the same overarching truth: breaking the Axis. They also shared the conviction that they were destined to play roles. A friendship like Roosevelt and Churchill’s is rightly understood as a fond relationship in which two people have an interest not just in each other but also, as Emerson saw, in a shared external truth or mission.”

Whether you’re starting a company or running a campaign, find people who share the same external truths with you; the relationships and friendships you develop along the way make life much more rewarding and meaningful.

Fuqua on Entrepreneurship and "Getting Hooked"

My Experience With No Car in Atlanta For Nearly a Year

Yesterday was bittersweet. It was the final day of a “two week…