Monday is the Iowa caucus. This political season has been some of the most entertaining but when November comes, it’s serious business.

Donald Trump is one of the most entertaining figures in the world. I remember reading the Art of The Deal in college and loving it. Back then, I watched every Apprentice episode of season 1 — when Bill Rancic won. I’ll never forget the first time I went into his place of 5th ave just for the heck of it. As expected, it’s obnoxiously gold.

I’ve been a Trump “watcher” for over a decade now.

As for politics, that’s another story/blog post that I won’t spend time on.

If I were up on stage in the shoes of Bush, Rubio, Cruz, and the works, I would do 1 thing that could provide a chance to give Trump the biggest show on earth and potentially get him out of the race.

I would make him a deal.

In a pivotal moment of the debate, when vulnerabilities are at the highest and peacock feathers are as tall as possible, I would bet Donald Trump, in front of 24 million viewers across the world, to a golf match.

At one of his clubs.

The winner stays in the race. The loser drops out.

Here’s why it’s a great deal for any candidate who can swing a golf club.

According to USGA, Trump’s index is a 3.0 He has two: New York and Florida. Images attached. 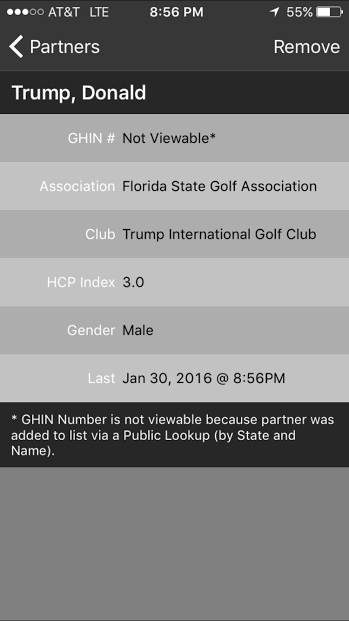 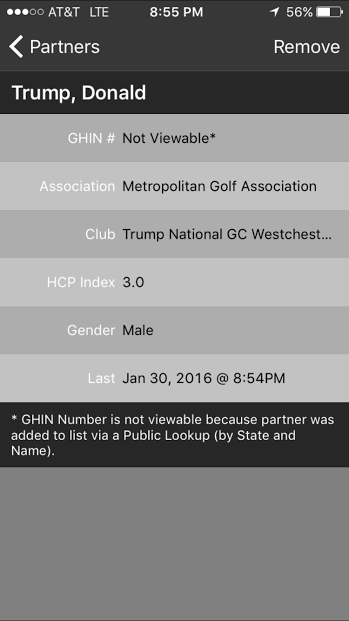 I’m betting Trump is not a true 3 handicap. I bet his handicap is what many golfers would call a “vanity handicap.” A handicap a golfer has so he or she looks good when people ask about it.

Challenging Trump to a battle royale over the golf course would give him the show of a lifetime, an honorable way to bow should he lose, and play into his existing ego around golf.

Any candidate that took this risk would prove they have courage to “out-Trump” Trump.

The only way to get the most entertaining show off the air is to provide a show that’s 10x better.

That is how I would get Donald Trump out of the Presidential Race.

“A mind needs books like a sword needs a whetstone, if it…