There have been two recent instances involving Chick-fil-a waffle fries that spur me to write. These are not the regular Chick-fil-a waffle fries, although I do love the big crispy bite with an ounce of fluff. Those fries are exceptional and expected. You eat them in the middle of a very satisfying meal with your chicken nuggets or sandwich and lemonade. You know the game plan when ordering and eating the large, crispy waffle fries. What spawned me to write was not those fries but the small, surprise fries at the bottom of the box.

As mentioned, two recent instances of the small surprise fries have delivered so much delight, it’s worth putting in writing. First I was having a late lunch in Colony Square last week around 1:30 p.m. My next meeting was an onboarding at 3:00 p.m. with one of our biggest customers. I was excited about the onboarding, but did not need to rush to make it. The last chicken nugget and the main serving of fries were gone. I was completely satisfied. Yet when I went to lift the box of fries there were 5 or 6 small, surprise fries — waffle-esque in nature, but not full waffle. Being that I was more than content with my meal in taste and serving, I knew having them was not needed, but I can’t stand waste either. So I indulged. The after taste of those small, waffle-esque, surprise fries lasted for an hour until my 3:00 p.m. onboarding. It was divine.

The second instance was moments before Saturday’s UGA game. Although one needs a stronger dosage of anti-depressants than Chick-fil-a fries to deal with the dawgs. Of course, the anticipation leading up to the game was not sour. We were #1 after all. My wife and I stopped at the Chick-fil-a on Northside before watching the game at a friend’s house. Her late snack before the 3:30 kick included chicken nuggets and waffle fries. I was not hungry but snagged a bite or two of the traditional waffle fries. As we pulled in front of our friend’s house, the chicken nuggets were about finished and the main portion of the waffle fries consumed. Before we went inside, I leaned over, reached for the box that had been full of fries and heard 5 or 6 small, surprise fries rattle. I peaked my head into the box and saw what I had seen earlier that week. It was heaven in a box. My wife and I spent a final few minutes sharing those small, delicious, surprise fries. Coupled with the regular anticipation of Gameday, it was bliss. 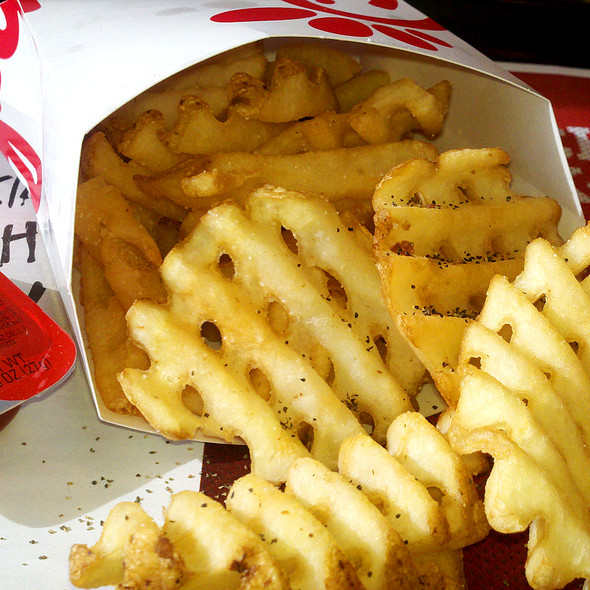 My Experience With No Car in Atlanta For Nearly a Year

Yesterday was bittersweet. It was the final day of a “two week…

Why Atlanta's Collapse(s) Are Good For Us